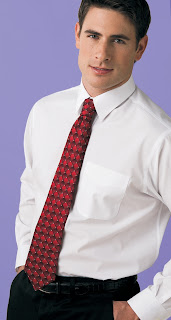 As human beings we have a concept we hold in our minds of how the world percieves us - our external self-image. For some, this is a complete fantasy, like a guy I knew who thought all women found him attractive. In his case, nothing could have been farther from the truth; yet he consistantly held this perception of himself. It was pretty tragic, actually. Painful to watch, but mildly entertaining at times ;-)
Most of us are a little more well-grounded in our external self-image, and our perceptions are probably closer to reality than my Cassinova friend. Yet we all "distort" that image to some degree by the way we filter the world around us. What's interesting is to see yourself in a video or hear your voice recorded and realize that you don't really sound to others like you sound to yourself. Or that the way you move, laugh, or your expressions don't seem as natural and as "you" as when you see them on video. Its hard to get used to at first. The internal filters are all removed, and you see yourself exactly as others see you.
So the other day I'm talking to my cool Bishop like we often do, and I casually asked him if he ever suspected I was gay before I came out to him a few years ago. Understand that I consider myself a pretty straight-acting guy, with no obvious "gay" external indicators. I had assumed that no one really suspected I was gay. My external self-image is one of "normalcy". Imagine my surprise when he told me he thought I was gay the first time he met me! At the time, he was not yet a member of the Church. He was coming to Church occasionally with his wife, but hadn't even taken the missionary lessons. One day at Church I walked up to talk to his wife about something and also to introduce myself to him. I had one of my friend's kids in tow, which I often do (for some reason kids just flock to me - I can't explain it), and evidently after I had finished talking and walked away, he commented to his wife that he "didn't think Mormons let gay people become members". She immediately started defending me, saying I wasn't gay, I was a member of the Bishopric and I was just single at the time, etc. etc. This conversation continued in the car on the way home from Church, with her defending my "straightness" the whole way!!

This revelation was a bit of a shock to me. Do I really come across to people as gay? Is it that obvious? I wasn't used to the notion that people percieved me as gay, and no one had ever said anything similar to me in the past. I thought it was significant that this was coming from a non-Mormon. Did his experience outside the shelter of the Church give him a better "gaydar" than regular Mormons? Do Mormons just automatically assume the best about people, or do they really suspect something and keep their mouth shut out of politeness? The fact that his wife was defending me makes me think most Mormons don't have the reference points to "connect the dots".

Which brings me to another point - exactly WHAT is it that makes one give an impression of gayness? Off the bat I'm not sure. This would require some serious analysis. Certainly there are those who exhibit what I would call extremely "gay" behavior - the effeminate actions and mannerisms most people stereotype as "gay"; or who dress outlandishly or wear eye makeup, etc. But what about those of us who are in the straight-acting category? What gives us away? What sets off the gaydar? Maybe my fellow MoHos can help me figure this one out...
Posted by Neal at 7:28 AM

I often wonder this too actually. I'm not a flamer by any means but it seems that most people that *aren't* members of the church are much more able to read the signs than the members.It also seems part of that may be that in the Mormon world some of the stereotypical hallmarks such as dressing well, involvement with theatre or being musically inclined etc. are fairly commonplace. This make me wonder what most of my friends/associates think about me too.

I agree. I think non-Mormons definitely have better gaydar than Mormons.