GI Joe and the MoHo 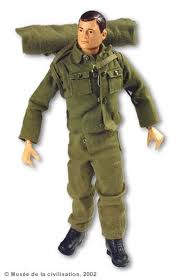 A recent post by another blogger (read it here) reminded me of a toy I had as a child. This was the original action figure - a GI Joe doll. They came out in 1964, and if you were a boy and did not have one - well then you were a nobody! Mine was the rather plain version, but my friend got one that also had the toy Jeep. We were all envious of that boy.

The main thing I remember about my GI Joe, however, was taking off his pants. Yes, folks, I was a perv even at the tender age of 7. It bothered me a bit that Joe was not "anatomically correct". Some things are better left to the imagination of a child, I suppose.

Anyway, I mention this as confirmation that gayness seems inherant at the earliest of ages if one cares to examine the situation with an open mind. Invictus described this so eloquently in his post. Sadly, much of the world chooses to ignore the evidence...


P.S. Channing Tatum was a much more compelling GI Joe, don't ya think?! 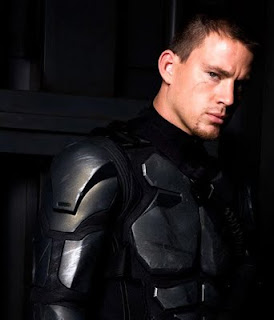 Haha! Saw your comment on Invictus Pilgrim's blog, too--I was a closeted Ken fan myself.

Just tonight I was looking through some advertisements for back-to-school items. I picked up the JCPenney ad and started flipping through the pages... there was a woman in a bra and panties and all of a sudden I flashed back to my childhood. I started laughing as I told my husband how I used to hide away with the huge JCPenney catalog and look at all the pretty scantily clad women. His comment, "How did you NOT know that you were gay??!!" Good question.

Barbie had boobies but they never turned me on. Hmmmm.