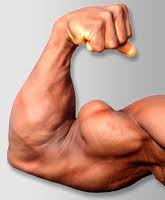 I got an invitation to an event called "Journey Into Manhood". This is one of those reparative therapy workshops which specifically bills itself as:

I know people who have attended these workshops. Some of them are my friends, and some of them feel like they have been helped by their experience. I'm not here to debate the merits of such workshops. However, while I respect anyone's right to investigate the several therapeutic avenues available to address "unwanted" homosexual attractions, I have to take exception with the name of the program itself. For some reason, when I saw that invite, it just hit me - Journey INTO Manhood - are you implying that if I'm a homosexual then I'm NOT a man? That "manhood" is dependant on my attraction to the opposite sex? I found the inferrance here offensive, actually. Is this program preying on the fears of gay LDS men that they can't really be a man unless they ditch their homosexuality? Here's another line from the invite;

I'm sorry, but I have to take exception to that too. My homosexual masculinity is just as authentic as anyone else's "heterosexual masculinity". Manhood and masculinity have nothing to do with which sex you're attracted to. It has to do with the fact that you're male, first of all, and the qualities you posses as a male - courage, strength, honesty, integrity, respect for others. etc. etc. The definition is entirely subjective, of course.


At one point in time I really wanted to participate in these reparative programs. I had spent decades trying to "pray the gay away", but to no avail. Then I discovered Evergreen and started reading about programs like this that looked like a possible solution. With great excitement I told my priesthood leaders about them, and pointed out that they seemed to be "sponsored" by the Church. Thank goodness my Stake President was such a level headed and inspired man. He told me point blank that I was going to be gay the rest of my life, and not to bother with these programs. I was crushed when he said that. Crushed! But I also got a spiritual confirmation that what he said was true. Absolutely true. It took a long time for me to come to terms with that.

But come to terms I did. I think I am a better man because of my homosexuality, quite frankly. I think I am more patient with others, less judgemental, and more empathetic and sensitive to their needs. More Christlike, if you will. I think being gay is an important and positive part of who I am. I am not ashamed to say that. I used to loathe the fact that I was gay, but now I embrace the fact that it is a part of me - the real, authentic, gay, masculine me. Welcome to manhood.
Posted by Neal at 5:12 PM

You are completely right. Sexual orientation and gender characteristics (e.g., masculinity) need not have any direct correlation. It is interesting that the Church sometimes talks about "gender confusion" as some catch all phrase to deride anything other than strict heterosexuality. However, it appears that a number of Church leaders may be the ones who are confused about the difference between sexual orientation and gender attributes.

Alex and Chris, thanks for the comments.

Chris, see my earlier post about Gender Confusion. I couldn't agree with you more...

It sounds like you are comfortable with your personal journey into manhood. And isn't our purpose to seek and each work out our PERSONAL salvation?
Fascinating insights, Neal.
You should write a book.

And where do you keep finding those pictures? Surely they are snapshots of you...

Snapshots of me?? Only in my dreams, I'm afraid.

All I can add to this post is "Amen!"

I remember one of the conversations I had with my former therapist (at LDS Social Services). After I'd expressed my challenges and what I thought in my heart, he gave me the most sincere compliment: "You are more of a man than I'll ever be." It surprised me and made me feel really good. But he meant it. That's when I started seeing being gay as a gift in many ways rather than some big joke. Thanks for this post.

Very well said, Neal, as always. Even though I'm not a man (and contrary to common belief, I'm not even masculine as a lesbian - haha), I've also not been comfortable with the implications in some of these programs.

Thanks for your post. Good to have you here!

Thanks. I think what really disturbs me is the almost are subliminal implications that these programs promulgate. If you want to get a better sense of what they teach, consider this quote from the People Can Change web site (sponsor of Journey Into Manhood):

"We developed our internal sense of manhood -- our identity as being a man like other men. We separated ourselves from the female perspective, surrendered whatever "gayness" we might have adopted, and rejected our old passivity. In their place, we fully embraced and welcomed a masculine identity and accessed a new sense of personal power, strength and courage."

Here the underlying message is that gays are passive and effeminate, and they also lack masculinity, power, strength and courage.

And this statement about who runs the program should scare the bejeezus out of anyone:

If you want to read more:

http://www.peoplecanchange.com/ go to the link in the box called "A M.A.N.S. Journey" for a basic overview of their approach. The underlying assumption is that homosexuality is caused by unmet needs. Their approach seems to be a mix of Corporate Retreat-style team building/self discovery activites (i.e. falling backwards and letting others catch you), 12 Step Program concepts (remember, being gay is a disease), and general brainwashing.

In our Ward not too long ago the Bishop read a letter from the First Presidency cautioning members about becoming involved in "self-discovery groups" or programs - specifically ones that involved physical touching (lots of that in this one). I immediately thought of this program when he read that...

Found this fantastic commentary on this very subject. Adds a new persepective to what I think some of us have already been sensing.

I went to one of these. Waste of money and a weekend! But I guess since I went to one I'm not supposed to say that. They make you sign a document stating you won't talk about it :-$ Only if you could see what goes on! You might be to embarrassed to discuss what happens. It's all bunk.

I, too, take exception to the name of the program. Well, they can name it whatever they want, but I'm not only masculine, I'm told I'm somewhat of an alpha male. I'm certainly big enough. I tend to be very competitive, overbearing, and right. :)

I've never been to the weekend and probably won't ever go. I'm not the "say never" type, so I won't make this a vow. It's just that I don't see the point in me going.

Like you, I have many friends who have gone and swear by it. I'm not in a position to judge, but for me, that's a journey I already took. Journey Into Humility is probably a program I could use.

I would love to meet your stake president. I appreciate his honesty and being realistic with you. Many stake presidents and Bishops that don't understand SSA will say things like "just get over it" or "through sincere prayer and with faith it will go away."

Thanks for those thoughts and comments.

And yes, I have had a string of unusually awesome Stake Presidents! They are all on the same page - just wish everyone was!