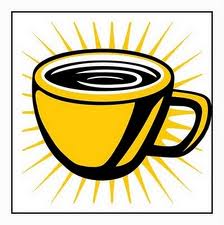 Being the official greeter for Sacrament is truly one of the best callings I've ever had in the Church. I love it! You get to meet everyone, talk to them, joke with them - truly be an extrovert, if only for a few minutes. And you're in a position to occasionally have a singular experience that you otherwise would not have. Today was one of those days.

It was Ward Conference, so it was especially busy, with lots of Stake people showing up who normally do not come this far out. The entire Stake Presidency was there, Stake YM, Stake YW - a huge crowd of folks, plus the regular Ward membership. I'm doing my job, greeting away and trying to make sure everyone gets a program. Since I'm the only one handing them out and there are two doors people are funneling into, it was a juggling act to be sure.

In the midst of all this, a gentleman comes in the door with a large cup in his hand. As he crosses the foyer and approaches the doors to the Chapel I'm getting ready to greet him and hand him the program, when I suddenly notice this cup is full of coffee. He stops and asks me; "Would it be alright if I finished this in there (the Chapel), or do you think I should drink it out here?". This was, of course, completely unexpected, but as my wits came back to me I said politely; "Probably best to drink it out here." He said; "OK", and sat down on a nearby sofa to finish off his cup o' Joe. I had no time to think about the situation, as other people were filing into the meeting, but in a few minutes he came back to the door and said; "Where can I put this?" He held out a paritally drained cup of coffee and looked at me matter-of-fact. "I'll take it", I said, and he handed me the cup, took a program, and proceeded to find a seat. 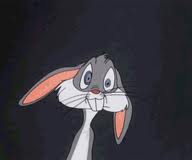 So, as I was marveling at what had just happened, it suddenly dawned on me that I was standing there at the doors of the Chapel, greeting new arrivals with a stack of programs in one hand and a cup of coffee in the other!! It was one of those "ZOINKS!" kind of moments you see in cartoons! Hilarious!!!
I slipped off to find a trash can in a classroom and quickly returned to my post. This has to be the highlight of my tenure as Ward Greeter! :)

But on the serious side -  as I thought about it throughout the day, I thought how grateful I was that this man came to Church today with his Java in hand. He was there where he should be. He was participating. I do not judge him, and I hope no one else did. I don't know who he is, but I wish others in the Ward who drink coffee, smoke, or have other issues they think might make them unworthy would not let that hold them back from coming. Let them come! We're all sinners, are we not? I'm probably less worthy than they are, in all honesty. I hope the way I handled the situation did not make this man feel uncomfortable. That he felt the Spirit. That he felt loved. That he felt included. Isn't that what's important?
Posted by Neal at 2:42 PM

I have a friend who definitely could have done the very think you describe! He shrugs off so easily what anyone thinks of him, including coffee drinking, and yet he still keeps coming.

Thanks for welcoming him!

I really do wish we could have everyone come, no matter what their status or hang-ups might be. The Word of Wisdom ranks pretty low in my mind compared to 'the weightier matters of the law'.