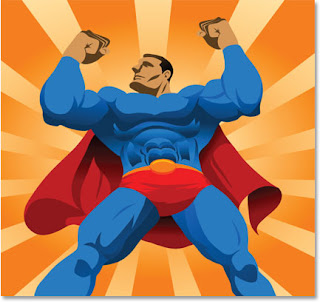 What I see happening is a decided drift towards hero worship when it comes to General Authorities. People actually gush over them like they would a rock star or Oscar-winning Hollywood actor! And its not just gushing over the content of their talks, its gushing over every aspect of them - the tie they wore, their voice, their hair - even how tan they look! The comments over Elders Uchtdorf and Bednar are especially embarrasing.


As a society we have taken the phenomenon of idol worship to a new level, and its showing up in our Churches and in our worship. Rather than focus on the message, many are focusing instead on the person delivering the message. I wonder, actually, if some even hear the message at all! And this isn't just about physical appearances. In a lot of cases its more subtle than that. When we begin to value one person's spiritual worth above another's; when we start to believe that someone is somehow spiritually 'super-human', we start a dangerous spiral towards vulnerability of the mind, blind obedience, and the literal objectification of another human being; which God himself forbade, saying "Thou shalt have no other gods before me".

The danger in creating Spiritual Superheroes has not been lost to Church Leadership. In an almost prophetic statement, Brigham Young warned:

“I am more afraid that this people have so much confidence in their leaders that they will not inquire for themselves of God whether they are led by him. I am fearful they will settle down in a state of blind self security. Let every man and woman know, by the whispering of the Spirit of God to themselves, whether their leaders are walking in the path the Lord dictates, or not.”


The Lord expects us to maintain enough of a distance with the Leadership that we will earnestly seek an independant testimony of the inspired value of their words. Yes, we can love them, laugh with them, and relish their wisdom and insights, but He never intended the Brethren to be held up and worshiped like demi-gods. That will blind us. History is fraught with examples of men in high places who have fallen badly - take Moses, King David, and Judas as examples. Joseph Smith himself was sorely chastened by the Lord on several occasions for really screwing up.  And we have recent examples of Brethren teaching things that were later refuted or withdrawn - Bruce R. McConkie, Paul H. Dunn, and Boyd K. Packer, among others. The Lord wants us to sustain these men, but he certainly doesn't want us to be blind sheep. We need to know when they're speaking the Lord's will and when they're just throwing out an opinion. 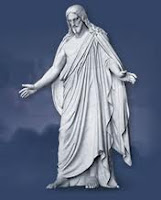 It's time to take the General Authorities off the pedestal and see them for who and what they are - good but imperfect men who have been given a tremendous and solemn responsibility. They are, in their imperfections, called to perform a mighty work - the Lord's work. They deserve our attention, they deserve our respect, and they deserve our loyalty and obedience when it is appropriate. But the only person who deserves our worship is the Savior himself. Let's keep Him up there on that pedestal - alone - where He belongs.


Postscript - Found this great video of Elder Bednar echoing some of the thoughts of this post...

Today I just happened to stumble across a post on another blog that directly relates to this one. Here's a snippet:

"In the end, what came through was that the apostles are simply normal people who don’t have all the magical answers or a special doorway to God; they are imperfect people just like us but with a role with of great responsibility"

This is a good read. Check it out..

Oh yes, this is from a Q/A session with Elder Bednar. Very interesting...