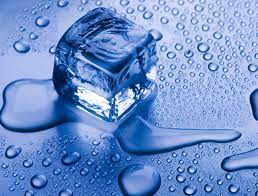 I'm sitting here listening to the Michael Buble` Christmas CD and reflecting on the past few weeks, which have been somewhat remarkable in a way.

First, I got the news that the government agency I work for is not going to cut our program or our budget. That's good news, at least for the next year. Jobs are so tenuous these days. Big relief!

Next, my whole family took a trip to the mountains, and it was really wonderful. We had a cabin with an incredible view, cooked good food, and had a more enjoyable time together than we've had in many years. I have a pretty decent family when you boil it all down. Not perfect, of course, but decent. There is still a lot of prejudice in the family, which bothers me to no end, but something happened on this trip that gives me hope.

I was riding in the car with my sisters, shooting the breeze on a variety of subjects, when somehow my aged uncle came up in the conversation. To my surprise, my sister began to talk about him being gay. 50 years ago he was in a gay relationship and lived with another man as a 'couple'. This was extremely bold and scandalous in those days. My sister revealed some little-known details of this relationship, including the fact that my parents wouldn't let him bring his partner to our house. I was too young at the time to understand what was going on, but evidently it became a source of contention in my family, as they didn't want his gay lover anywhere near us. Sadly, a few years later this man died unexpectedly, and my uncle was left alone. He never found another person to love, and lives alone til this day.

This has been one of those 'elephant-in-the-room' subjects that my family has pretended didn't exist for decades. Here in the South, especially among my generation and older, you simply don't TALK about gay family members. You pretend they aren't gay and hope one day it will just "go away", but you never mention it - it just wouldn't be polite. Plus you might embarass the fam! Anyway, my other sister piped up and said how it must have taken a lot of guts to live as a gay couple back in those days, and how sad it was that he had lived his life alone after his partner's death. She also noted how much my uncle loved his partner, and how he still misses him to this day.

Needless to say, after all the homophobic rants I've heard my family get into, this conversation came as a bit of a shock. Could it be that at least a few of my family members are starting to 'get it'? That the ice is thawing? Hearts are melting? I can only hope! The last thing my sister mentioned is how sad it was that my uncle had to live a "fake" life, and that he couldn't really be his authentic self around the family. I was sorely tempted to pipe up and tell her how I knew exactly how he felt; but my practical side took over and I resisted the temptation to come out ....at least for now. There is more thawing left to do before that happens.
Posted by Neal at 10:22 PM

Nice story! That's wonderful, what a good thing to hear.