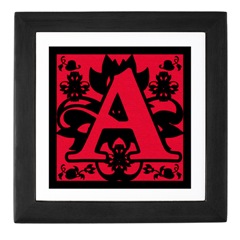 From the standpoint of the Church, in general, doctrine is a truth or a belief. Policy is how that belief is interpreted and put into practice.

Not too long ago I participated in a post on a private discussion group that brought up an unusually sensitive subject. In a conversation that really started as something else, mention was made of the Church practice of "marking" your membership record if you have been guilty of any homosexual transgressions. I was aware that this had happened in the past because of a friend of mine. He was disfellowshipped because of homosexual activities, and through his Bishop was told that his membership record had been marked. His Bishop told him he could never have a calling that involved young people. This guy is married and has 5 kids!! And his transgression was with an adult his age - not a child. I thought that was odd at the time, and thought he must have had a very unkind or uninformed Bishop to mark his record like that.

So, I mentioned this incident in the discussion thread, and someone immediately challenged it. Well, I'm not the sort to let that kind of thing go unanswered, so I looked this subject up in the General Handbook, and this is what I found:

General Handbook of Instructions, Book 1 (the new one)


In areas authorized by the First Presidency, an annotation may be placed on the record of a member whose conduct has threatened the well being of other persons or of the Church.


Church headquarters will automatically annotate a person's membership record in any of the following situations:

1.) ....the person was disciplined for incest, sexual offense against or serious physical abuse of a child, plural marriage, an elective transexual operation, repeated homosexual activities (by adults), preadory conduct, or embezzelment of Church funds or property.

This immediately set off some red flags for me. First, this smacks of profiling. Why are homosexual activities being specifically singled out here and lumped in with the other, mostly CRIMINAL activities? It also disturbed me that my friend who was disfellowshipped really could not be considered a repeat offender. It was a brief encounter with another man and that was the end of it. Yet his record had been marked (or annotated, as the Church calls it), and the annotation specifically mentioned something regarding youth.

Then the question was raised as to what an annotated record actually looked like, and one individual who has evidently worked with these membership records said the annotation reads :   "No callings whatsoever with children." This includes YM, YW, Sunday School, Primary and Scouts.

So there it was -  if you are gay and have an adult homosexual relationship of any kind, you are essentially being profiled as a danger to children. The only way to get this removed from your record is for the First Presidency of the Church to remove the annotation. Practically speaking, you are marked for life. Does this remind you of the Scarlet Letter?!

And I cannot begin to describe to you the anguish, anger, disbelief and frustration that went up in that discussion group when the whole policy, with all its implications, was revealed. It was devastating. Heartbreaking. Disturbing. Think of the implications this has for a young adult in the Church who transgresses - to be forever banned from certain types of callings and activities. And even more disturbing - to perhaps never even be told that your record had been so annotated. Its automatic.

The final question the group raised, and one that no one could really answer was "Why?". One person theorized it was because of the Church ties to Boy Scouts, who are very specific about gay people having involvement in that program. Another person said it was because of an incident that happened in Oregon where the Church got sued(?) No one had a solid answer.

So, being the die-hard that I am, I decided this issue needed to be addressed directly by a General Authority. As luck would have it, an Apostle was going to be speaking in an upcoming Stake Conference, and I happened to know this man personally. I shot a letter to my Stake President and asked if he would inquire about this policy for me when he met with the Apostle. He agreed to bring it up, and indeed had a 15 minute discussion on the topic. Bottom line - the Apostle said that policy was in place to protect the Church from situations like those that made headlines with Catholic Priests abusing children. In other words, gay people are indeed being 'profiled'. He did mention that they are considering some sort of committee that would review the petitions of those who want the annotation removed and thus shift that burden from the First Presidency.

And that's supposed to make me feel better about all this??? Since that original discussion, I've talked to and heard from a number of gay members who have recieved the 'life sentence' on their Church records. For all of them, its been hurtful and disturbing. For some, its been a deal breaker. This is a toxic policy and needs to be changed immediately before more testimonies are destroyed.
Posted by Neal at 9:20 PM

Even though you may have repented of your sin and received a confirmation of it from your Savior, the Church will still remember and remind all of your sin.

Maybe we should also use this for people that say naughty words or think dirty thoughts ...

Thanks for referring to my notation situation on the blog, Neal. You listened to me rant after I learned the reality of my "confidential" hearing's being broadcast from my home ward to Salt Lake. The thing that galled me most - or that fought for being what galled me most - was that is was all "hush hush." The Articles of Faith (which I memorized when I was actually IN Primary, and before I was prevented from serving in Primary) says that we believe in being Honest, True and Faithful. It is sad that the church policy has departed from this very basic Gospel principle. I believe in ultimate justice, though, and I KNOW that God knows what is going on. I have done my best to get myself back in line with the Gospel and if others cannot handle that, then I believe that needs to be between them and God. A pedophile is NOT the same thing as a run-of-the-mill homosexual... I could go on and on.

It is TRUE that this policy needs to be done away with before it hurts more people. I have done as much as I believe is reasonable to do to make it go away. I will support you in your efforts to change it. Please let me know what I can do.