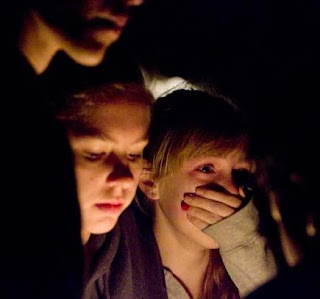 It is time for all of us to take a stand. I was shaken, once again, by the news of a gay teen committing suicide in Utah. As someone who almost went down that path myself, it literally made me weep to hear about it. There really is no excuse for this kind of event - especially because it was precipitated by bullying. Enough!!!

His family has given permission to make his identity public. Rest in Peace David Q. Phan, 14, of Taylorsville, Utah. From one of his classmates:

"When I first met him he told me he was gay, I was totally okay with that. Gay, straight, democrat, republican, upper class, lower class, we're all human right? Wrong I guess. He had a lot of friends he would hang out with at lunch and he would always put a smile on my friends' faces, but there were those kids that constantly bullied him for being "different" and we couldn't do anything about it.

Today when I found out what had happened from another friend I didn't know what to feel. I was at the church right in front of the clinic he was taken to, I saw the ambulance he was in and everything but I didn't know. I think that's the worst part. I didn't know what was going to happen, so I couldn't stop it. It's amazing how it takes something so tragic and so sudden to bring a whole school together. At the candlelit vigil there was such an intense mixture of emotions it was heartbreaking. People laughing, trying to take the pain away, others bawling and seeking comfort, the unbelievers that broke down as soon as they saw the evidence and the people that came just to be with their friends and then got hit in the face with the truth when they were told the story. I hope that David's death will be the beginning to the end of bullying at BJH at least. I'm going to be haunted by that guilt that I could've done more to prevent this for the rest of my life, but that's okay because now I'm more determined to abolish bullying once and for all." 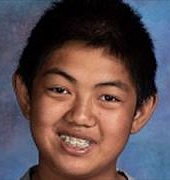 My deepest sympathies go out to David's family and friends. As members of the Church and as Christians, it is our God-given duty to put an end to the hatred and ignorance at the root of this problem. Please share the attached pamphlet with friends, loved ones and Church leaders. It outlines principles for protection of our LGBT youth. And take a STAND on bullying in your school, community, and congregation!
Family Acceptance Project

I did not know he was gay until just this moment when I read your post. That makes me even sadder. I knew about the suicide as I happened to catch it on the local news Thursday night before going to sleep. I talked about it with most of my students yesterday. I let them know that I am there, as are other adults and their friends and families, to help them if they are the victim of being bullied, for ANY reason. We had a good discussion and I hope I at least planted the seeds in their mind that they can come to me (or, someone else) for help and support.

Thank you for posting about this today.

Thanks Duck. So glad you are in a position to be a resource and a mentor.

One of the little blessings I have been given in this life is the ability to relate to troubled kids. I don't know why - I guess they just trust me and know that I won't judge them. I've been able to help a number of them in my Ward. The one thing I always make sure I do is give them a big hug - no matter what the age. You never know if that one hug will make the difference between them giving up or knowing they are somehow loved in spite of their problems.

I am SO glad that YOU are there and for all the help you give and have been able to give, especially to troubled kids.

And, you are so right about giving them a hug. It takes so little to help someone and, as you said, you never know when it makes the difference between them giving up or hanging on.

When I am walking down the hall at work, I do my best to always keep an eye out for students who might be struggling with something. I will stop them and ask if they are OK. Most are shocked I think something is wrong and tell me they are fine. But, a few times, the student has broken down, just by my asking that small question, and has fallen into my arms, weeping. I am SO grateful, and humbled, that the Spirit would help me keep an eye out for those who might need just a little bit of love that day.

I do not mean to take over your comments. But, one year while teaching High School in England, one of my juniors was absent. The next day, there he was. Most often, after a student has missed only one day, I do not say anything. But, I felt prompted to ask him if he was OK because he had been absent the previous day.

He softly said that his step-father, a military man, had committed suicide (shot himself) and this young man had been the one to find him.

I could not even believe my ears. I reached out to him in compassion, and it helped both him and me the rest of the year. It has been a long time since that happened, but I remember it as though it happened yesterday.

Love to you and happy night. :)

Neal, this has been a very sad weekend for my family. My son goes to David's school and knew him. He is in shock and is grieving, and it has been difficult to reach out to him about this. He has basically shut down and doesn't want to deal with his grief. I hope and pray that he will be okay.

My son came home Friday with rumors that David was gay. As I talked about it with my wife, he got VERY upset with me for passing on what he said. I assured him that it doesn't go beyond us.

I cried hard Friday night, I was so sad that someone I might have been able to help died over this issue. I thought that he was in our stake, and I had been planning on talking to the stake president to make myself available as a resource. It turns out that David's family is not LDS, so that would not have helped.

I had a few things to say about David in my blog at Onerescued.blogspot.com.

Last summer, I asked my son if I could take a stand, be a part of the Voices of Hope project. He asked me to wait until he's out of high school, because he's afraid that he will end up being bullied because his Dad's gay.

How sad that it turns out his fears have a valid foundation.

I wish so much that I could go to his school, and with a voice of thunder, put the bullies to shame.

Unfortunately, David has already done that, in the worst possible way.

Thanks for that update and thanks for speaking out on your blog. I'm so sorry your son has to go through this, but more sorry that David and David's family had to suffer needlessly. We must all stand up and put an end to this madness.