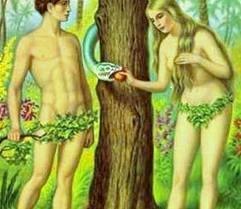 The Church has posted a new, potentially offensive video addressing gender - a topic which they seem to be constantly confused about.

In this video, titled 'Gender Is An Essential Characteristic' , a cat sneaks into a classroom full of small children. Upon discovering their visitor, some of the children insist that the cat is a girl, and others think its a boy. To end the debate, one child suggests they take a vote on it. Then they play a segment from BKP's 2010 conference talk - the one that set off the firestorm - declaring that 'eternal laws' cannot be changed by legislation or protest.

The misinformation surrounding this topic in the Church drives me crazy. Gay people do not have a problem with or confusion about their gender, yet the Church is constantly conflating homosexuality with gender issues. Ugh!

So to set the record straight, here is a brief explanation of what GENDER is and is not...

While some use the terms "sex" and "gender" interchangeably, they are actually very different concepts. Sex is based on physical and biological rules. People born with testicles are considered male, whereas people who grow up to menstruate and breast-feed are considered women. Sex relates to chromosomes, hormones and sex organs.


Gender, on the other hand is a social construct. Girls aren't born with an innate longing for the color pink or a lifelong desire to wear high heels, and boys aren't born loving blue and playing with cars and trucks. Rather, they learn very early on that such traits are expected and defined for them by society. While "male" and "female" define biological sex, "masculinity" and "femininity" are designated by gender roles. These gender roles affect the mental and physical health of a person [source: Monash University].


In the video mentioned above, biological sex (i.e. as determined by external genitalia) is conflated with gender.

Male and Female are not the only sexes. There are variations inbetween, where a person may be part male and part female.

When a child doesn’t fit the condition of a female or a male, they are called intersex. Intersex deals with chromosomal incongruities. According to Intersex Society of North America (ISNA), intersex is a term used for a person who doesn’t fit the typical classification of a male or a female due to their reproductive or sexual anatomy. A person who appears to be a female from the outside may mostly have a male-typical anatomy from the inside. Another condition is when a person who might be born “in-between” the two types of sex. This would mean that a girl may be born with a large clitoris, or lack a vaginal opening, or a boy may be born with a small penis or a scrotum that is separated and looks more like a labia. [source: Wikipedia]

Indeed, there are dozens of genetic, physical and hormonal variations of biological sex that can occur. Examining external genitalia is a poor determinant of sex.

All fetuses start out with female genitalia. Even though a fetus may genetically be a male, the sex organs start out as female. Only when a male fetus reaches the stage where it starts producing testosterone will the sex organs begin to differentiate and form a penis. Male sex organ development is totally ( and I mean TOTALLY) controlled by hormones. When something goes wrong with this process (i.e. Androgen Insensitivity Syndrome), a bilogically male baby may be born with female genitalia. Frequently this condition is not even detected until the child reaches puberty. People with AIS often become 'lesbians', because although externally they may look like a female, genetically they are actually males.

Gender identity or perception does not always match your biological sex. Persons who experience Gender Dysphoria (or Gender Identity Disorder) do not relate to their biologocal sex; and to one degree or another, adopt the societal and behavioral norms of a different sex. This is not a situation that is limited to thinking adults - it is often seen in very small children. I was touched recetly by a mothers blog about her five year old son, who has displayed gender nonconformity practically since he was born. Check it out: Raising My Rainbow


5. Homosexuals are not transgendered

Although there is a wide spectrum of practice and culture in the gay community, homosexuality is NOT Gender Dysphoria or transexualism. The two are frequently conflated in Church publications, talks, and in this case - a video. Being gay does not mean you want to be a girl (if you're a guy). It simply means you are physically, emotionally and romantically attracted to members of the same sex. Just like being a heterosexual means you're physically. emotionally and romatically attracted to the opposite sex. I don't understand why this is so difficult for some to grasp...

Thanks for posting this. I hope that the Powers That Be (the folks behind that ridiculous video) spies on us bloggers and reads this. Maybe they'll learn something and have to change the video to children examining a homosexual cat.