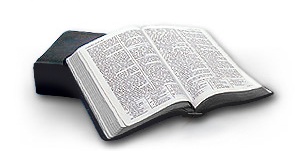 The LDS Church just published a new set of scriptures. What makes this noteworthy is actually not the changes that were made to passages of scripture - these were largely grammatical changes, although there are a few that may be significant. The really important changes came to the chapter headings that give a summary of the verses in that chapter. To a large extent, the interpretation of those verses - along with the historical origins of the text - are summarized. The extent to which chapter headings can (and most certainly will) affect the theology of the Church must not be underestimated. This is huge!

I want to comment particularly on one of the most significant changes. This is in Doctrine and Covenants, Official Declaration - 2 , which has reference to the priesthood ban.

“The Book of Mormon teaches that ‘all are alike unto God,’ including ‘black and white, bond and free, male and female’ (2 Nephi 26:33). Throughout the history of the Church, people of every race and ethnicity in many countries have been baptized and have lived as faithful members of the Church. During Joseph Smith’s lifetime, a few black male members of the Church were ordained to the priesthood. Early in its history, Church leaders stopped conferring the priesthood on black males of African descent. Church records offer no clear insights into the origins of this practice. Church leaders believed that a revelation from God was needed to alter this practice and prayerfully sought guidance. The revelation came to Church President Spencer W. Kimball and was affirmed to other Church leaders in the Salt Lake Temple on June 1, 1978. The revelation removed all restrictions with regards to race that once applied to the priesthood.”

Originally this section did not have a summary at all. This new one makes important statements and reinforces certain ideas:


The one thing that was not mentioned, either in the Official Declaration or in the new chapter heading, is the status of black women. While black men were denied the right to hold the priesthood, black women were also part of the ban, and were denied the right to attend the Temple. Only after the Official Declaration were worthy black women allowed to receive their endowments and participate in other Temple ordinances. This aspect of the ban is almost completely ignored in our history.

Wow, I didn't see the comparison document! I'm impressed they issued that.

Yes, that was pretty cool. I guess they realized a comparison would be the first thing on everyone's mind.