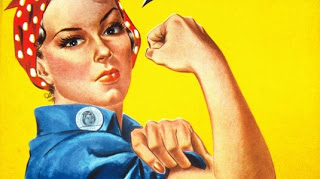 You would have to be practically unconscious not to have become aware of the recent activities of "Mormon Feminists". I guess I first began to take notice when I discovered JoAnna Brooks on Religion Dispatches (not that she was the first Mormon Feminist, of course).  Which naturally led me to her personal blog Ask Mormon Girl. I was immediately drawn in by her honesty, wit and down-to-earth style. Here was a Mormon author I could really relate to. Here was a Mormon author who was not afraid to address the 'thorny issues' of the Church head on - and do it in style, no less. My respect meter was instantly pegged!

And of course, once you start reading one Feminist blog, you have a tendency to get drawn into others. Feminist Mormon Housewives is probably the most widely known.

But aside from the musings and commentary of Mormon Feminists, what has impressed me the most is the actual WORK they have been doing. From Mormons Building Bridges, to Pants on Sunday, to Let Women Pray, and now  - Ordain Women. If you think Mormon Feminists are just a bunch of on-line whiners, think again! 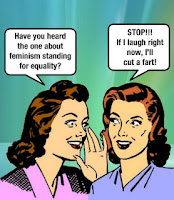 And speaking of whining - those who may think these women don't have a valid argument should take a serious look at what they actually have to say and the way they're saying it. The Let Women Pray initiative was, for me, a perfect example of how to approach Church partiarchy on an issue of policy that had absolutely NO doctrinal foundation. Their approach was respectful, yet pointed and well-reasoned. The fact that no woman had ever prayed in General Conference would seem to some a small thing. But those who have such notions fail to grasp the depth of pain and exclusion many women feel in this Church specifically because of such policies. And that simply should not be.

So what is causing this upwelling of feminist activism? Why are women suddenly speaking out? Perhpas the best explanation I've seen can be found in this FAIR article by Neylan McBaine. Sis. McBaine is an active, faithful Latter-Day Saint who also happens to be a creative director at Bonneville Communications, and has worked on several projects of note, including the I'm A Mormon campaign and The Mormon Women Project. What's even more huge is that her research has been used by the likes of Michael Otterson, which means this stuff is filtering all the way to the top.

Sis. McBaine's excellent article (which I think should be required reading for all male Leadership) underscores the reality that the way women are treated by the Church, both in the way their role is defined and the way in which our Patriarchal culture tends to marginalize them, is leading to a crisis of faith for many women. In her words, "The pain is real." From the way we conduct councils of the Church to the amount of money we spend on the Young Women's program, women are treated inequitably in many ways. To get an idea of what this means, let me present a list from a petition that was posted on the web called All Are Alike Unto God. This group is petitioning the Brethren to prayerfully consider ordination for women. While I think that's a long shot to be sure, the other part of their petition is not. It is simply a request to change inequitable policies - not doctrines. In other words, look at all the gender preferential policies and practices in the Church and make room for women to participate when doctrine does not call for a Priesthood holder. An example would be to allow a woman to be a Financial Clerk. This, I believe, is an entirely reasonable request. Here's the entire list:


Obviously there are additional ways to bring women into more equal participation with men. What I find interesting is that Sis. McBaine seemed to be drawing some of the same conclusions in her own research as we see suggested here by feminists. Time to sit up and take notice?

Let me close with one of Sis.McBaine's observations:


There was a woman involved in almost every one of the Savior Jesus Christ’s mortal milestones. From his very first miracle facilitated by his mother, to revealing Himself as the “living water,” to being the subject of numerous parables, to being anointed by a woman hours before his death, to being the first witness of the resurrection… women were not just bystanders but engaged contributors to his ministry. They were symbols of the extent to which the Savior was willing to challenge the conventions of his culture and usher in a new social ideal. Compared to the way women were treated in the Savior’s own time and place, His treatment of them was radical. By involving not just his mother and female friends in his ministry, but by embracing the fallen woman, the daughter of a Gentile, the sick woman, the Samaritan woman, Jesus, through his example, challenged us as His followers to engage all women, trust them, lead with them, and lean on their spiritual power. Let us meet that challenge. 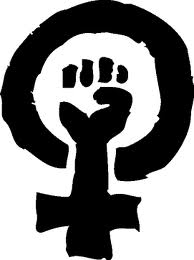